Acquires majority stakeholding in XALT Energy in US 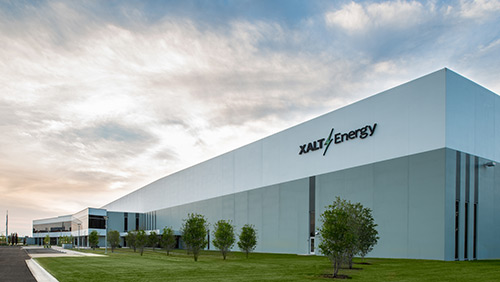 The Freudenberg global technology group has further expanded its energy storage business. The Freudenberg Sealing Technologies Business Group has been the majority shareholder of XALT Energy since the start of 2019. The Company is headquartered in Midland, Michigan, where it develops and produces lithium-ion technologies for energy storage solutions in the commercial vehicle industry. Freudenberg has held 31.8 percent of the company since March 2018. The Group has now increased its share to 50.1 percent. This allows for both expansion of production capacity in Midland for serial production and investment in the research and development of new mobility technologies. Freudenberg has also secured the option of acquiring all remaining shares in XALT Energy over the coming years.

“Taking over the industrial leadership of XALT Energy is another step towards forward-looking innovations for electric motor and fuel cell power trains for the future," says Dr. Mohsen Sohi, CEO of the Freudenberg Group.

XALT Energy specializes in lithium-ion technologies for high energy/ high performance storage technologies in the logistics, railroads, maritime, industrial and automotive industries. The highly automated, clean-room production facilities in Midland cover an area of over 40,000 square meters and are used to manufacture lithium-ion battery cells, packs and modules along with associated controls and software. The company also has a research and development laboratory in Pontiac, Michigan.

The Freudenberg strategy foresees both further investment in materials and components for combustion engines to further reduce friction, weight and emissions, while also guaranteeing a longer operating life and safer operating conditions, On the other hand, Freudenberg is working hard in several Business Groups to develop sophisticated battery and fuel cell technologies.

Freudenberg Sealing Technologies is a longstanding technology expert and market leader in sealing technology and electric mobility solutions worldwide. With its unique materials and technology expertise, the company is a proven supplier for demanding products and applications, as well as a development and service partner to customers in the automotive industries and in general industries. In 2017, Freudenberg Sealing Technologies generated sales of about €2.3 billion and employed approximately 15,000 people. More information www.fst.com.

Freudenberg is a global technology group that strengthens its customers and society long-term through forward-looking innovations. Together with its partners, customers and research institutions, the Freudenberg Group develops leading-edge technologies and excellent products and services for more than 40 markets and for thousands of applications: seals, vibration control components, technical textiles, filters, specialty chemicals, medical products, IT services and the most modern cleaning products. Strength of innovation, strong customer orientation, diversity, and team spirit are the cornerstones of the Group. The 170-year-old company holds strong to its core values: a commitment to excellence, reliability and pro-active, responsible action. In 2017, the Freudenberg Group employed approximately 48,000 people in some 60 countries worldwide and generated sales of more than €9.3 billion. For more information, please visit www.freudenberg.com