Georg Graf, the Freudenberg Group’s Regional Representative for India is appointed President of the Indo-German Chamber of Commerce in India. 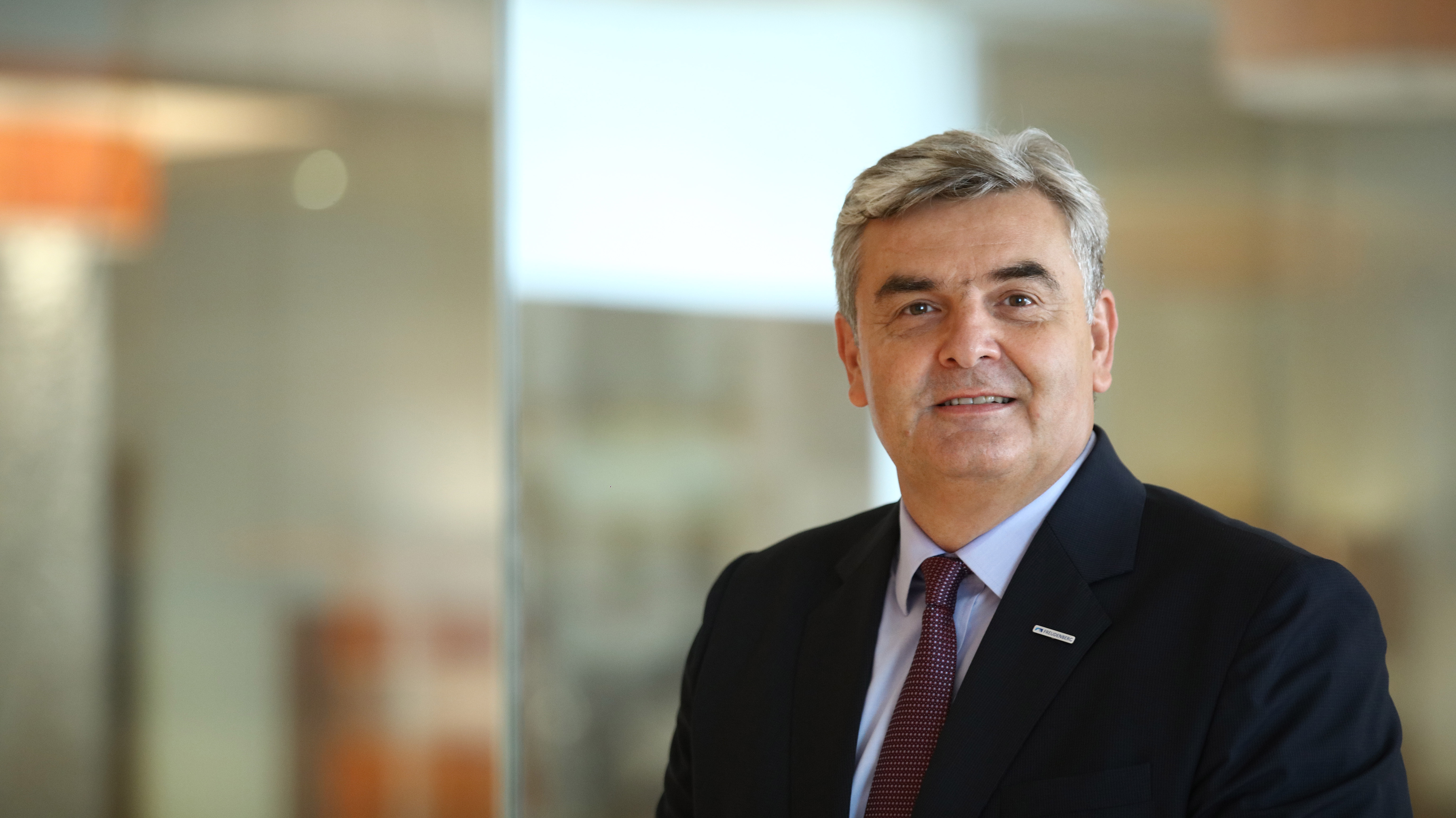 Georg Graf has 35 years’ experience in Germany and Asia managing operational businesses and working in diverse corporate functions. He joined the Freudenberg Group in 1992, relocated to India in 2008 and has been responsible for the Freudenberg Regional Corporate Center India, based in Bangalore, since 2013. Since 2016, he’s the Freudenberg Regional Representative for India. From September 2016, he has served as a Committee Member of the Indo-German Chamber of Com-merce in India, becoming Vice President in September 2018. Georg Graf not only has in-depth expertise in Finance, Accounting and Projects; he also has outstanding intercultural skills from his many years of experience in international and Indo-German business.

"The German binational Chambers of Commerce with 140 offices in 92 countries support companies with a wide range of services, such as market information, company formation, HR and training, event and trade fair management, partnership with other companies and liaison with authorities and are thus important contacts and representatives for German business worldwide,” says Bernhard Steinrücke, Director General of the Indo-German Chamber of Commerce, & AHK world speaker.

“Georg Graf brings many years of business and innovation expertise and intercultural experience gained at the Freudenberg Group to the work of the Indo-German Chamber of Commerce Committee."

Freudenberg has held business ties with companies in India for more than 90 years. The Group employs some 2,750 employees at 50 locations. Freudenberg in India recorded sales of €300 million in 2018.

Freudenberg is a global technology group that strengthens its customers and society long-term through forward-looking innovations. Together with its partners, customers and research institutions, the Freudenberg Group develops leading-edge technologies and excellent products and services for about 40 markets and for thousands of applications: seals, vibration control components, technical textiles, filters, specialty chemicals, medical products and the most modern cleaning products.

Strength of innovation, strong customer orientation, diversity, and team spirit are the cornerstones of the Group. The 170-year-old company holds strong to its core values: a commitment to excellence, reliability and pro-active, responsible action. In 2018, the Freudenberg Group employed more than 49,000 people in some 60 countries worldwide and generated sales of more than €9.4 billion. For more information, please visit www.freudenberg.com